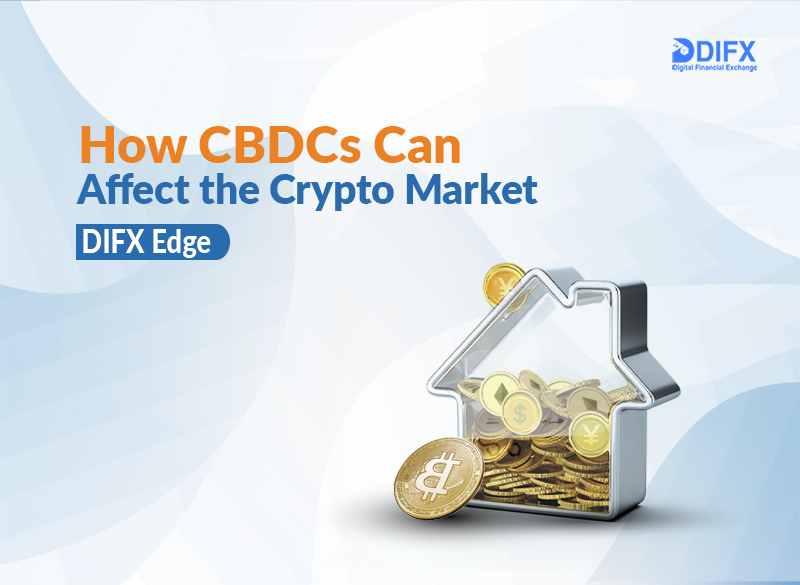 Whenever the crypto market is experiencing some troubles, central banks around the world go one step further with their Central Bank Digital Currency (CBDC) initiatives in an attempt to lure customers away from the crypto market by offering them something with a familiar face but a completely different nature.

We are witnessing a similar pattern today as well, as the markets have been going through some rough times for quite a while now. With the fall of FTX and its aftermath which resulted in the bankruptcy of multiple companies and caused trouble for a few others, regulators and authorities expressed their concern over the regulatory status of the space with some of them calling for CBDC as a remedy for the financial sector stability and security.

At the moment, many countries are exploring or testing the idea of a retail or wholesale CBDC while many more have their coins ready and are only months away from the official launch or they have already released it to the public. We have been seeing the recent efforts in the headlines for some time now which seem accelerated after the FTX crash.

The Reserve Bank of India just announced that it will start a trial for its retail Central Bank Digital Currency in Mumbai, New Delhi, Bengaluru, and Bhubaneswar on Thursday (December 1). The central banks of France and Luxembourg also used an experimental CBDC to settle 100 million euro worth of bonds.

Nathalie Aufauvre, General Director of Financial Stability and Operations at Banque de France, called this a response to the growing interest in digital assets from the market and stated that “a well-designed CBDC can play a critical role in the development of a safe tokenized financial asset space in Europe.”

The United Kingdom was another country that mentioned a CBDC while discussing the FTX case last week. According to Jon Cunliffe, the deputy governor at the Bank of England (BoE), the nation may need a digital British pound.

These are just a few of the most recent news regarding CBDCs. Reportedly, more than 100 jurisdictions around the globe are exploring the digital version of their national currency. Considering that the notion was born in a response to the popularity of cryptocurrencies, we may wonder:

How a major central bank digital currency, like a digital dollar or digital euro, can affect the crypto space?

Cryptocurrency and CBDC: A Complicated Relationship

Cryptocurrencies, like bitcoin, are decentralized, meaning they are not controlled by a single entity or organization and the currency is maintained by its community of users. Some of the novel features of cryptocurrencies such as fast transaction speed, low fees, openness, anonymity, and transparency made them a great alternative to cash transfers in eyes of many. This resulted in great demand for digital currencies, increasing the overall value of the crypto market.

As more people started entering the markets, authorities had no other choice than to acknowledge this new asset class. But they didn’t stop there; as they were busy setting in place taxation on capital gains and other regulatory requirements, they started exploring the idea of their own digital currency. Something that would inherit some of the features of cryptocurrencies, but would stay under the control of the official financial regulatory body of the state.

So considering the reason why CBDCs were proposed in the first place, we can say that the answer to our question is a strong yes. A major CBDC, if designed adequately, would potentially present at least greater safety and customer protection than private cryptocurrencies as they are regulated and issued by the government. However, users won’t be able to enjoy the transparency and privacy that crypto assets have to offer.

Weighing the pros and cons alongside the volatility of the cryptocurrency market, CBDCs can become a noticeable opponent and manage to win over crypto users who do not consider privacy as one of their top priorities. For other users, though, who value the transparent, decentralized, and anonymous nature of cryptocurrencies, CBDC may not bring something that interesting to the table.